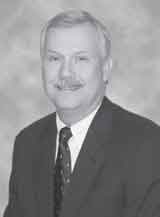 The 109th Session of the US Congress convened in January 2005. It is early in the session, but there are already three legislative issues that have potential to impact swine veterinarians. The first two are pieces of legislation that have already been introduced. The third has not been introduced as legislation, but is pending.

The first piece of legislation that is of interest is the bill known as The Preservation of Antibiotics for Medical Treatment Act of 2005. It is also known as the Snowe/Kennedy bill, named after its main sponsors. If passed by congress and signed into law, this bill will phase out the "nontherapeutic use" of seven classes of antibiotics in food animals within 2 years. The term "nontherapeutic use" is defined in the bill as "any use of the drug as feed or water additive for an animal in the absence of any clinical sign of disease in the animal for growth promotion, feed efficiency, weight gain, routine disease prevention, or other routine purpose." The bill names the following as the seven classes of antibiotics: penicillins, tetracyclines, macrolides, lincosamides, streptogramins, aminoglyco-sides, and sulfonamides.

The AASV opposes this bill for several reasons. It is a broad, wide-sweeping prohibition that is not scientifically justified nor based on risk analysis of specific drug use in certain species. It is unneeded because the US Food and Drug Administration is already addressing the issue in a manner that does consider the science and risk of specific antibiotics for specific uses. The bill is alarmist in nature and selectively ignores any scientific evidence that is divergent to its prohibitionist intent.

The bill provides a new definition for "nontherapeutic" that includes disease prevention. This definition is not accurate, either by the classical thought of what constitutes therapy or by the clinical usage of antibiotics. Traditionally, therapy has included treatment, prevention, and control of bacterial disease. By using a new definition of nontherapeutic, the bill goes well beyond what has already happened in the European Union (EU). The negative effects of antibiotic bans on the health and well-being of pigs in the EU are well documented. These same effects would be expected to occur in the US if these seven classes of antibiotics were banned from the feed and water.

In contrast to the aforementioned bill, the next piece of legislation will have a positive effect on the profession. It is named the Veterinary Workforce Expansion Act. This legislation is aimed at securing funds for the building of infrastructure at schools of veterinary medicine and other academic programs. It would also support faculty, laboratories, and programs. The ultimate goal is to increase the number of veterinarians in public practice that would in turn build "national capacity in research and training in the prevention, surveillance, diagnosis, and control of newly emerging and re-emerging infectious diseases." The intent is to increase the number of veterinarians in the area of public health.

The funding would be accomplished through a competitive grants program. The estimated level of funding is $1.5 billion over 10 years, with 75% reserved for existing colleges of veterinary medicine. The federal government has not provided general funding for veterinary medical colleges for nearly 30 years. In March 2005, the AASV Board of Directors voted to support this legislation in recognition that an increased capacity is needed at the nation's schools of veterinary medicine if the supply of public practice veterinarians is to meet the increased demand.

The third legislative initiative is the appropriation of federal funding for the National Veterinary Medical Service Act (NVMSA). This act was signed into law in December of 2003. It authorizes the US Department of Agriculture to pay veterinarians' educational loans in exchange for working in areas of veterinary shortages. These situations may include rural areas, inner-city areas, and even positions such as governmental and public health. The law was designed to remedy the shortage of veterinarians in these situations through the incentive of debt reduction. The NVMSA authorized the program but did not include the appropriation of funds for its creation or ongoing support.

When this law was first announced, the AASV office received a number of inquiries of "How and where do I sign up?" Unfortunately, without funding, there is no program in place. Estimates for complete funding of this program ranged as high as $20 million. The problem in Washington, DC today is that there is very little, if any, funding available for new programs such as this. Homeland Security and the war in the Middle East have created a circumstance where budgetary constraints are being tightly applied to most other areas of programming.

The current strategy is to seek funding of a 3-year pilot project. A pilot is estimated to cost $1 million per year. It allows the program to be created and running before full funding would be sought. There is good support from many legislators, but no champion has come forward yet. This will be an uphill battle for add-on funding in a penny-pinching congress. Further grassroots efforts are needed. Please contact your senators and representative. Tell them that you want funding ($1 million per year for 3 years) for the NVMSA. An e-mail or a quick phone call will suffice. Even better, go to one of the legislator's meetings in your district and make a personal request to your member of congress.

The 109th Congress is still young, but these early legislative issues serve as a reminder that the profession of veterinary medicine is not removed from Capital Hill. There are and will be more bills that can have an impact on swine veterinarians. Our continued involvement in the legislative branch of government is necessary. Please contact me with any questions, comments, or suggestions on any of the above issues or any other issue of interest.