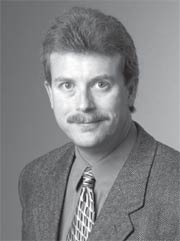 It's all about the money - the federal appropriations process

I'm sure you've heard it before: "It's all about the money." Well, in Washington, DC, nothing could be truer. Putting your tax dollars to work is a full-time job for your elected officials and the agencies of the federal government. There exists a well-defined although often confusing and seemingly circuitous process carried out annually in order to fund the programs supported by the federal government. In order to effectively advocate for programs of interest, it is vital to understand this process and the appropriations cycle.

The federal government operates its finances on a fiscal year that begins on October 1 and ends September 30, rather than on the calendar year. Each year, Congress considers 13 appropriations requests (bills) which encompass the annual budget for the various programs and agencies of the federal government. An appropriation is a type of budget authority which allows agencies to enter into contracts and obligations requiring the government to make immediate or future expenditures. It also gives the agency the authority to make those payments. Appropriations are divided into two categories: discretionary spending (controlled by the annual appropriations acts and under the jurisdictions of the House and Senate Appropriations Committees) and mandatory spending (controlled by legislative acts under the jurisdiction of the authorizing committees). Mandatory spending predominantly provides funds for entitlement programs such as social security and Medicare.

In the early summer, each agency is busy finalizing its budget for the next year's appropriations process. For example, in June 2005, the United States Department of Agriculture must submit to the White House its budget plan for the 2007 fiscal year. On or before the first Monday in February, the president is required to submit an annual budget to Congress for the upcoming fiscal year. So in this example, the president's budget for fiscal year 2007 is submitted to Congress in February 2006.

The government agencies provide detailed justification materials to the congressional subcommittees with jurisdiction over funding for the particular agencies. Each house of Congress has an appropriations committee comprising 13 subcommittees, each responsible for one of the appropriations bills. The subcommittees' jurisdictions include agriculture, commerce-justice-state, defense, District of Columbia, energy and water, foreign operations, homeland security, interior, labor-health and human services-education, legislative branch, military construction, transportation and treasury, and veterans affairs-housing and urban development.

In the early fall, the appropriations committees from each house begin to meet (conference) to resolve the differences between the house and senate bills. Generally, the conferees are required to develop a compromise that is within the scope of the two bills and can discuss only items present in either the house or senate versions of the bill. The final conference bill must be considered by both houses.

Usually, the House of Representatives is the first chamber to review the reconciled bill and can either adopt the bill, reject the bill, or recommit it to the conference for further consideration. If the bill is adopted by the first house, the conference committee is disbanded, and the report moves to the other house for either adoption or rejection. The conference report cannot be amended by either house. Following passage in both houses, the bill is sent to the president who has 10 days to sign or veto the bill. If vetoed, the bill goes back to Congress where the veto can be overridden by a two-thirds vote of both houses and becomes law, or if the veto cannot be overridden, the bill dies.

Remember, the current fiscal year ends on September 30. The next fiscal year's budget must be enacted prior to October 1, or the agencies funded by these bills must cease operations. Congress usually passes temporary spending measures to continue funding these agencies until the bills can be passed.

Obviously, this is a complex and involved process that requires a lot of planning. This is one reason it may take so long to get something accomplished in Washington. In order to affect funding changes, you have to be involved in the process at least 18 months prior to the desired change taking effect. This is why it is critical that the AASV be actively involved with the agencies that can impact our profession and the livestock industries we serve.