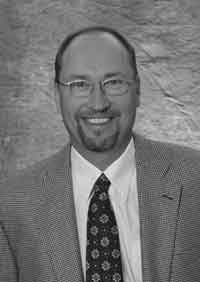 My first personal concerns with a disease called post weaning multisystemic wasting syndrome (PMWS) occurred many years ago and involved a conversation with Dr Mark Engle over a couple of “Roy Rogers” in a quaint little bar in Des Moines, Iowa. Dr Engle had just returned from a trip to Europe and was exposed to the disease on various farms. He explained the frustration that the Europeans were experiencing in their attempt to control the disease. I remember him commenting, “Ols, this disease is something we don’t want in the United States, but I don’t know what we are doing to keep it out.”

Sometime early in 2005, I also remember attending a meeting of primarily Canadian and United States veterinarians, and we were being told of the clinical expression of the disease in eastern Canada. Dr Camille Moore explained how the disease was quickly spreading throughout eastern Canada and again the frustrations of the expression of this disease. Dr Tim Loula quickly pointed out that with the number of pigs moving into the United States from Canada, “It’s just a matter of time until the disease is here and just what are we doing to keep it out or get ready.”

I also remember a teleconference call in 2005 during which Dr John Harding explained the research work he was doing. He also described what he was seeing in Canada and the concerns he had with the lack of understanding of the disease.

Now maybe I remember these three separate incidences just out of luck, but I expect it has more to do with the respect I have for these four veterinarians. When they talk, it is somewhat like the old EF Hutton commercial: I stop and listen.

During the fall of 2005, the PMWS problem grew so rapidly in the United States that at the 2006 AASV Annual Meeting, a special session was called to address the growing problem. A special committee was formed, and the AASV seemed to respond to questions surrounding the disease, the name of the disease, a case definition of the disease, the lack of commercially available vaccines, and members’ concerns. Although this committee has accomplished much, they must continue to address issues including epidemiology of the disease, prevalence studies, and transmission studies. This talented group of veterinarians can help gather and facilitate more information on this disease.

I definitely wanted Dr Harding to serve on the planning committee for the 2007 AASV Annual Meeting. In my mind, John is the definitive expert on porcine circovirus type 2 (PCV2) in North America and would be invaluable in planning the annual meeting. The committee felt strongly that John should present at the Monday morning general session and chair the Tuesday morning general session on porcine circovirus associated disease (PCVAD). When we were planning the 2006 annual meeting, Dr Harding was insistent that for attendees to understand PCV2 and the disease, we must learn from the Europeans. The Europeans have been working on this disease for longer than researchers in the United States, and we should learn from their experiences. Dr Harding felt that we must first understand the pathogenesis of the disease, and then we must understand how immunity is developed to PCV2. After listening to Drs Hans Nauwynck and Kenneth McCullough at the Tuesday general session, I understood why John was so adamant that these two speakers present at our meeting. I started to understand why veterinarians and producers are frustrated by this disease. These sessions also helped me understand why vaccination of young piglets can be so effective.

Time gives us the luxury to look back. So what have we learned by this experience? Dr Harding, in his presentation to the 2007 AASV general session, “Porcine Circovirus Disease: The Brutal Facts,” challenged the North American response to the disease. I would agree with Dr Harding on all of his points except one: I do not believe that changing the name compounded the problem. “Porcine circovirus associated disease” correctly describes the disease today, and in my mind, clarifies the confusion that existed with producers and some veterinarians concerning the disease. History would support that changing the name of a disease complex is acceptable, especially if the majority of veterinarians support that change. If you did not hear Dr Harding’s presentation, take the time to read the proceedings or watch the AASV Web site for the soon-to-be-posted video of the presentation. The fact continues to ring home that this disease is no different from most other diseases and is now a global disease. As an industry and profession, we attacked this disease as if it were someone else’s problem and we would worry about it when it finally arrived. Lack of collaboration between Europe, Canada, Mexico, and the United States on understanding the disease and preparing for the disease is not a model we should follow in the future. I do believe that, although the change in name did not cure the disease, it also did not change the outcome in North America.

As we look to the future, how do we improve our response to PCVAD? How can we bring researchers, veterinarians, and students from a global industry together to work as one? What must be the vehicle to facilitate this discussion among the various members of our profession worldwide? There is no question that the AASV is a primary vehicle to facilitate information dissemination. Since 30% of the attendees at the 2007 AASV Annual Meeting were from outside North America, AASV obviously provides education to veterinarians throughout the world. The larger question may involve whether the AASV should facilitate global dialogues on emerging diseases and veterinary medicine. It also may be time for the AASV to consider a name change. This association is starting to look like a global association. Would a change in the name escalate the challenge or help eliminate a repeat of the disassociation of continents working on global issues? Or, as in the case of PCVAD, a name change may distract from the real issue. Changing the name without addressing the real problem first may not be an improvement.