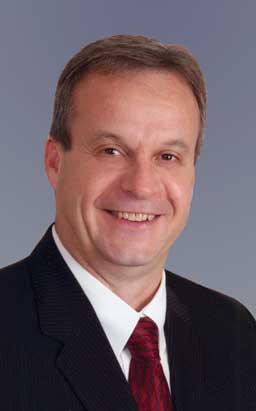 We live in a world of unintended consequences. I was reminded of this at the recent IPVS meeting in Durban, South Africa. One of the featured speakers, Roy Bengis, explained how bringing domesticated livestock into Africa from the European continent had a significant, devastating effect on the native wildlife. The intent was to increase the quality of livestock to utilize feedstuffs. While the imports were healthy, the unintended consequence was disease and death of indigenous animals from the endemic agents these imports were harboring. This history lesson illustrates the power of unintended consequences, but also makes me shudder to think what other new and hidden viruses imports may be carrying that do not have names or screening tests at this time. It might also partially explain the sources of our “new” and emerging diseases.

In the June 30th issue of Feedstuffs,1 Nat T. Messer of the University of Missouri is quoted as saying, at a recent forum in Washington, DC, that legislation most likely intended to be in the horse’s best interest has instead brought about unintended consequences that now appear to be having a negative impact on the welfare of horses. While the consequences may have been unintended, they should not have been unexpected, as many voiced the warning. Until 2007, most unwanted horses were humanely harvested at monitored and regulated packing facilities. Legislature eliminated this practical solution, and with no economic disposal options, horses are being abandoned in national forests, left to starve on farms, or shipped long distances to Canadian or Mexican plants that may not have the level of supervision once present in the now closed US plants. Many sale barn facilities are putting up fences to keep animals out rather than in, to prevent owners from dumping these unwanted and now costly horses. I am convinced that well-intentioned horse lovers are waking up each morning proud of their accomplishment of closing those nasty horse packing plants, unaware of the unintended consequences, but the true spoken goal of welfare has not been well served. As repugnant as it seems to some to consume horse meat, I really do not think the horse cares at that point. To quote Dr Messer, “It is important for all of us to remember that, in all likelihood, it only matters to us, and not the horse, what happens to them after they are gone.”1 It does matter what happens to them before death, and in this case, the unintended consequence has lowered the level of equine welfare.

Likewise, while I cannot speak absolutely, I am convinced that a sow that has recently left individual housing to go into a group situation is more focused on the sores on her skin and feet from fighting, locating a spot for quick flight from the aggressive vulva-biting penmate, and staying alert to get the next meal, than on being thankful for her new-found freedom. Unintended consequences have replaced one set of welfare concerns with another.

The current increase in the price of corn is a classic illustration of unintended consequences. Who could oppose growing our fuel? Never mind about the inefficiency of the inputs to outputs or how the subsidies, import protectionism, and forced inclusion disrupted supply-and-demand dynamics. The intent was well meaning. One’s perspective on the unintended consequence depends on whether one is a landowner in Illinois, now grossing more annually than the acre previously would sell, or the pig producer going into more debt to purchase feed, or the Mexican consumer buying tortillas to feed her family.

Before throwing too many stones, remember that swine veterinarians, myself included, live in similarly constructed glass houses. Consider the unintended consequences of early weaning, three-site production, or the push to a leaner sow herd that farrows more pigs. For a mind stretcher, re-read Dave Benfield’s paper from the San Diego AASV meeting, “The impact of viral ecology and evolution on the science of managing viral diseases of swine.”2

My point is not to encourage paralysis for fear of the unintended consequence. Often the potential benefit is worth the risk, and some unintended consequences are the biggest positive surprises. As a profession, we are being presented with many options, from precautionary policy to “One World, One Health”3 to veterinary student training to health-management directions and regulations. These may appear to have minor impacts on our profession and our clients, but they could have significant long-term unintended consequences. Staying involved and aware is a minimal need in keeping the negative-unintended-consequence list short when we reflect in 2012.

2. Benfield DA. The impact of viral ecology and evolution on the science of managing viral diseases of swine. Proc AASV. San Diego, California. 2008:377–383.

3. One World, One Health. Available at: www.oneworldonehealth.org. Accessed 7 July 2008.