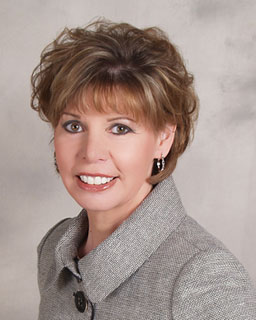 It’s been a roller-coaster ride for swine producers and allied industries this past decade. With the dawn of a new year and promise of good things to come, we asked Steve Meyer, PhD, president and founder of Paragon Economics, for his thoughts on a few topics.

1. What is the outlook for hog prices in 2011? Outlook for the swine industry?

I expect national net negotiated hog prices to average $73 to $77 per cwt carcass in 2011. That is slightly lower than in 2010 due to some growth in supplies in the second half of the year. That growth, though, is not at all certain. High feed costs and uncertainty about the proposed Grain Inspection Packers and Stockyards Administration rules may stop any expansion before it gets going. In that case, 2011 prices could be higher than my forecast.

The outlook for the industry is, I think, good on the product and revenue side. Demand has strengthened as 2010 has progressed, exports are growing and will likely grow more due to the weak US dollar, and the economy is improving both here and for most of our major export markets. The cost side, though, is ugly indeed. Costs are up by $25 to $30 per head since August, and futures markets say they will remain above $75 for most of next year. And there appears little help in sight. The renewable fuels standard will continue to grow through 2015 and the corn lobby is currently trying to get part of the standard originally set aside for cellulosic ethanol assigned to corn-based ethanol. Yields are still increasing, but even the minor shortfall of this year’s crop has driven corn prices well above $5 per bushel and soybean meal to nearly $350 per ton.

2. What are some of the best ways to mitigate market risk?

There is really nothing new under the sun here. The best way to mitigate market risk is to avoid it. That is what contract growers do – they let someone else take the market risk, and they perform the relatively risk-free functions of providing buildings, labor, utilities, and manure management. But avoiding risk means avoiding profits as well. That’s the reason contract growers don’t make as much, on average, as the owners of the pigs.

So the answer is to mitigate or manage risk by using contracts with packers and feed suppliers of futures and options for corn, soybean meal, wheat (if you feed it), and hogs. Those tools are the strategies that have not changed, but their availability has. Electronic markets now allow producers to manage risk 23 hours per day. Modern communications allow us to monitor those positions far more closely than ever before. But the strategies of hedging, locking in margins, and putting ceilings on costs and floors on prices are still the same.

3. Has there been any long-term economic damage resulting from the H1N1 pandemic?

Not really. The domestic impacts were pretty short-lived in spite of the press’s irresponsible use of “swine flu.” The impacts in Mexico, where fear of pork was much more pronounced and long-lasting, healed relatively quickly as well. The only impact that was longer in nature was the politically driven bans on imports, primarily by Russia and China. I think even that is now over.

4. What is the one piece of critical data that you look at every day – if you only can look at one?

The number of hogs slaughtered. It is the most useful short-term piece of data that I know of.

5. Looking back over the past 20 years, what has surprised or shocked you the most about the swine industry?

I have been surprised by the resiliency of the industry. Since 1990, we have had some VERY BAD years from a financial standpoint, as well as all of the challenges over industry structure, ownership, environmental issues, labor, etc. I thought some of those were big enough to cause some major damage, but producers have adapted and we continue to raise record or near-record numbers of hogs every year. Pretty remarkable when you consider the size of some of those hurdles.