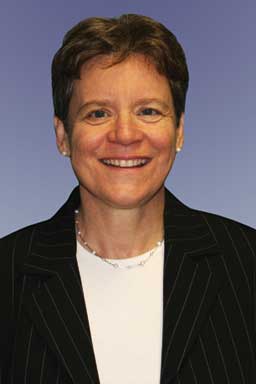 Last week I had the delightful opportunity to judge an eigth-grade science fair. The students were excited but nervous, proud of their work but concerned we would find a flaw. Of the eight projects I evaluated, three aimed to prove the danger of Red Bull, a high-energy, high-caffeine drink. These students obviously wanted to drink Red Bull, but had been warned by their teachers and parents that it was bad for their health. To begin with, I have a question for you. How would you test whether Red Bull was harmful to a 13-year-old? The exciting thing about scientific inquiry is the creativity that accompanies the work and the fact that we may all approach the question a little differently.

Cody did the first project (all students’ names have been changed for confidentiality). He broke the Red Bull drink into its potentially harmful component parts: acid, sugar, and caffeine. He then set up 12 jars; three each for lemon juice, sugar water, coffee, and Red Bull. A nail was put into each jar. Cody examined the nails at 3, 7, and 14 days and measured how much the nails had rusted. I really liked the fact that he thought about the parts of the drink that were potentially harmful. The nails in the lemon juice were the most rusted, followed by the nails in Red Bull. Cody was a bit frustrated with his own project at the end because he said he was unable to make a graph of the results. He wasn’t able to measure the exact amount of rust on each nail, so he did not measure anything. Rightly or wrongly, I felt that one of my jobs as a judge was to use the experience as a teaching moment. Cody and I talked about the difference between subjective and objective measurements. Together we discussed the possibility of Cody “estimating” the amount of rust on each nail so that he did indeed assign a number to each nail. Then he could have made graphs. The take-home message for us is to think about the accuracy of the outcome measure each time we read a scientific publication. When I asked Cody what part of his own body would respond like the nail, he said he didn’t think any. So he concluded that perhaps it was not a good method to evaluate the effect on a person. However, he used several key components of the scientific process: replication, altering only one factor, and identifying the specific part of the drink that was harmful. One of my favorite parts of Cody’s display was his warm acknowledgement section. He thanked his teacher for teaching him about the scientific process and his mother for helping to get the nails out of the jars when they were stuck.

The second student, Rosie, soaked eggs in jars filled with Gatorade, Red Bull, or Sprite. She looked at the “scum” on the outside of the egg on days 3, 7, and 14 and determined whether or not the drink caused the egg shell to crack. Rosie also had three replicates of each treatment. The Gatorade dyed the three eggs a brilliant orange, making her display visually attractive. Another strength of Rosie’s display was that she specifically labeled the independent and dependent variables. The Red Bull made more scum than the other drinks. Both the Red Bull and the Gatorade caused the shells to crack. I asked if the cracks could have been induced by moving the eggs in and out of the jars. She assured me that she did this very carefully. Rosie said that she used eggs because egg shells and teeth were made of the same compounds. Then she added that she couldn’t get teeth for her study. As an outsider to the school, I found her response delightful. I was left thinking that the drinks were bad for teeth, but I still didn’t know if Red Bull was bad for the body of a 13-year-old.

Tyler planted a pea seed in each of three flower pots. He then “watered” the plants with water, with Red Bull, or with water mixed half-and-half with Red Bull. Each pot was put in the basement near the window and was given 100 mL of fluid each day for a month. Tyler measured the height of the plants as the outcome measure. I believed that of all of the experiments, this was likely going to provide the best measure of the impact of Red Bull on the health of a 13-year-old. If the pea plants thrived on Red Bull, then so might Tyler. If the pea plant was harmed by Red Bull, well, then likely a 13-year-old would be harmed too. The plant that was given the mixture of Red Bull and water grew vigorously and looked like a healthy plant. On the day of the science fair it was 23 cm tall (9 inches). The plant that was “watered” with Red Bull grew to only 6 cm (2.4 inches). It seemed that Red Bull stunted the growth of the plant. Tyler told me that he had carefully used a ruler to plant the seeds at the same depth in each pot. Thus he knew that the difference in height of the plants was due to the substance used to provide moisture. As I stood in front of Tyler’s display, I wondered why one pot was empty. Then he and I shared the disappointment when Tyler disclosed the flaw in his experimental design. He had included no replications. He was not able to show that the effect on the plants was caused by the liquid used to water them, because there was only one plant for each liquid. We really don’t know if it was just a bad plant or the negative impact of Red Bull. And then the flaw got worse! The pea seed that was given pure water didn’t sprout. It was obvious to me that water should have resulted in a healthy pea plant. Tyler thought perhaps that the plant was too cold because it was in the basement. I am certain that was not the case. My husband regularly plants his peas when the frost is barely out of the ground. In many years, it snows after he plants the peas, and they still do wonderfully well. I think Tyler had one pea seed that did not germinate. The unfortunate fact was that the flawed pea seed received the water. But just think, what would our conclusion have been if that one seed had been the one to receive Red Bull? I am sure Tyler would have concluded that Red Bull stopped the germination. Although all students should have had replications, Tyler was particularly hard hit by this flaw because he was dealing with a biological entity. This is a lesson for us all: when we research pig productivity and health, we must have replicates.

I am not trying to poke holes in the work of these eighth-grade students. They showed curiosity, ingenuity, and enthusiasm for the scientific process. The flaws in their studies are found in both the rejected and the published papers that we read in our own discipline. Further, I was very impressed by how the students presented their research work in a very logical manner, providing the background research, hypothesis, materials and methods, results complete with graphs, conclusions, and acknowledgements.

Mr Rhys Bennett, the science teacher, deserves significant accolades for launching this science fair, organizing the judges, engendering enthusiasm for the scientific process, and teaching the students in such a thorough and organized fashion. Every student in the class was required to complete a project, but only those who volunteered were judged. That made the process safe for everyone to participate in the project. Mr Bennett gave each judge a grading sheet for each student. We were asked to evaluate the scientific procedure, including the project having a clear purpose and hypothesis (backed up by a bibliography), clearly defined independent and dependent variables, a clear and thorough procedure, complete data (including appropriate units), graphs, and photographs, and a conclusion that is supported by the data. It really did not differ from what we do when we review a manuscript. Mr Bennett exudes enthusiasm for science and I am sure would be a fabulous mentor for young inquiring minds. He specifically asked me to find three other women to judge the fair so that the girls in the class could see that science was a career for both genders.

Judging the science fair and interacting with young scientists buzzing with energy was a fabulous experience. The three graduate students and I all said it was the highlight of our week. The teacher was very appreciative of our time. It highlighted for me that we become so busy in our own lives that we do not always see or seek out the opportunity to give back, to share the excitement of science with others, and yet when we do we are richly rewarded. I realized that many of the students had received help from their parents to complete the project. What about the students who do not have parents willing or able to help? Perhaps that, too, is a volunteer opportunity for those of us who love science. In the future, perhaps we can pair veterinarians or university students with eighth-graders to help with the science-fair project. Something to think about for another year. As I finished judging one student and walked away from his project, I overheard him say “That wasn’t so bad after all, actually it was fun.” It was fun for us both!