President’s message
PRRS elimination: Where do we stand? 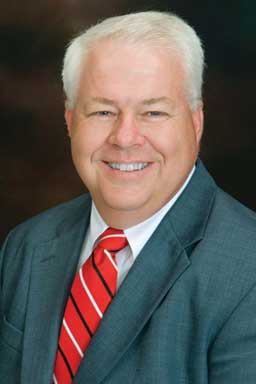 A national PRRS elimination effort began 2 years ago in a somewhat formal way, although elimination projects in several states had been ongoing for several years. As more area projects have been added to the list, it is obvious that people in all areas of the country are ready to be done with this costly and frustrating disease. I think it is important to reflect on where things stand and to keep the momentum going.

The National Pork Board and Iowa State University completed this year a re-evaluation of what the cost of this disease is to the industry. The new price tag of $664 million is staggering when you consider what producers are spending on cost of production and the capital that is needed to provide cash flow to a swine operation. Adding this amount of equity back to the industry would have great benefits to producers and to our competiveness in the global industry.

We as veterinarians still struggle to protect our producers’ farms from exposure to this devastating virus. We have developed protocols and tools to stabilize viral circulation in the breeding herd and return the farm to a clinically normal status and eventually seronegative status. The clock then starts to tick on when the next round of virus circulation will start. The good news is that air filtration technology is proving to be very effective, and filtered farms have now survived long enough to have an economic return on the sizable investment of the filtration process. There are, however, more things that need to be learned as this technology is implemented on more farms. Research continues on immunization of the animal, genetic resistance, and other aspects of this disease. We can only hope that some breakthrough will occur in the next few years that make elimination of this virus even more likely.

The AASV is committed to the elimination of this virus, and the board of directors recently reaffirmed that commitment. The PRRS Task Force under the leadership of Dr Montse Torremorell is moving forward with educational pieces and will work with the AASV staff to provide timely updates on the many area control projects. As these projects mature, a lot of information will be gained on what things work, as well as information on things that do not work. It is important that this type of information is disseminated to the other groups and the organization as a whole.

Dr Paul Ruen in the July-August 2010 issue of the JSHAP addressed the need to overcome the “PRRS happens” attitude.1 I do sense as I visit with people from around the country that we are making progress in changing that culture. I will admit, being from a pig-dense region of the country, that my initial reaction to the possibility of a national PRRS elimination program was very unlikely to succeed and that most producers had no interest in attempting elimination. But the starting of the area projects and the reports of success with the filtration projects has given producers some glimmer of hope and a desire to be a part of the process. The old saying that you eat an elephant one bite at time probably holds true for PRRS elimination. PRRS elimination will be a long hard-fought battle, but the reward will be well worth the battle.

The following quote by Theodore Roosevelt1 may best describe how we should approach this task. “The credit belongs to the man who is actually in the arena, whose face is marred by dust and sweat and blood; who strives valiantly; who errs, who comes short again and again, because there is no effort without error and shortcoming; but who does actually strive to do the deeds; who knows great enthusiasms, the great devotions; who spends himself in a worthy cause; who at the best knows in the end the triumph of high achievement, and who at the worst, if he fails, at least fails while daring greatly, so that his place shall never be with those cold and timid souls who neither know victory nor defeat.”

2. Roosevelt T. Citizenship in a Republic. Speech made at the Sorbonne, Paris, France; April 23, 1910. Available at: http://www.theodore-roosevelt.com/trsorbonnespeech.html. Accessed 30 November 2011.