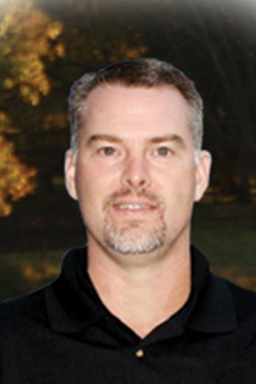 Welcome home again. I am still reflecting on our annual conference in San Diego. And, at least for me, what a conference it was. I participated in a moment that I just hadn’t seen coming. I, and a thousand other people, renewed an oath that many of us haven’t thought about in a while. Congratulations, Dr Rowles. I believe it was a simple stroke of brilliance. In a few moments’ time, you reconnected us with our common roots and inspired us to embrace our current and future purpose.

Being admitted to the profession of veterinary medicine, I solemnly swear to use my scientific knowledge and skills for the benefit of society through the protection of animal health and welfare, the prevention and relief of animal suffering, the conservation of animal resources, the promotion of public health, and the advancement of medical knowledge.

I will practice my profession conscientiously, with dignity, and in keeping with the principles of veterinary medical ethics. I accept as a lifelong obligation the continual improvement of my professional knowledge and competence.

Who among us can’t find something in those words, and in that moment, to inspire us to be more and to do more than we currently are.

The world flies by at an ever-increasing pace, and most of the time we are caught up in the momentum of our own lives. There are times when we just don’t have a vision of what’s possible or of what can be accomplished. We just witnessed a great example of that phenomenon. How many of us, just 1 year ago, would have predicted that it was possible for us to raise $239,021 in our foundation auctions this year? The past several years we have declared success when our foundation auctions raised $75,000 or more. When Daryl Olsen challenged us to reach a goal and incentivized us with a promise of matching funds, the race was on! We all had flashbacks of the big fat hairy audacious goals that Daryl encouraged us to embrace when he was AASV president. Once the vision was set and the goal was clear, who among us would have predicted that we wouldn’t get there? All it took was a vision of what’s pos-   sible. I‘m not sure, for our association’s    members, that a goal can be too big, too    fat, or too hairy. If we have 1 more year like this last one, we will reach another milestone…a million-dollar milestone. Just 1 year ago, we set a goal as a foundation board to reach 1 million dollars. This is a sum of money that can be used for a long time to come for the benefit of our students and members, which will ultimately benefit our clients and patients. We will be meeting in May to structure the process by which the interest on this money will flow back to our members (and students) and to decide for what initiatives it will be used (research, student stipends, etc).

Do we spend enough time thinking big enough? Or are we too often trapped by our perception of our own limitations? At times we need to be challenged beyond what has been accomplished with what can be accomplished.

A little vision turned into the right goal. A certain group of folks inspired to believe that the realization of that goal is possible. There will always be those who will say that it isn’t possible. Did we think this before this year’s foundation auctions? Did we believe this at the start of the pseudorabies eradication? I wonder if people believed this at the beginning of the classical swine fever elimination? How about foot-and-mouth? Or did we just get the right people focused on the notion that disease elimination was possible, that, in fact, the realization of the goal was worth the time and effort required.

Now, for just a second, let’s talk about PRRS. For more than 2 decades, it has wreaked havoc on our industry. It has caused immense frustration and economic hardship. It certainly has not benefited society. It has not protected animal health or welfare. PRRS has only caused and compounded animal suffering, not to mention the impact on the conservation of animal resources. Are we at a point where it can be eradicated? No – of course not. We’re not even close. We don’t have the right tools or enough money. Our industry is too complicated and we’re not smart enough to figure it out. No use in pursuing that. It is destined to fail.