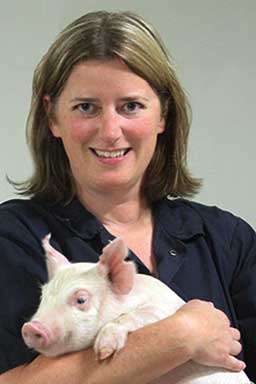 We don’t always like, or agree with, what we read in print media such as magazines, on-line items, newspapers, and scientific journals. For those of you who have gone through the peer-review publication process, you know how rigorous the review process can be. Perhaps what may not be as obvious is that the evaluation of scientific manuscripts does not end at publication. There are different forms of post-publication review, and a letter to the editor (LTE) is one such form of post-publication review. The Journal of Swine Health and Production (JSHAP) will consider and accept letters to the editor (LTEs). JSHAP does not receive many LTEs; however, this issue of JSHAP does contain an LTE, including a response from the original author, which is why I chose to discuss the topic.

The submission of an LTE to a journal does not necessarily guarantee publication; however, recognizing LTEs is an essential aspect of the post-publication review process. When an LTE is submitted to JSHAP, the LTE is read by the executive editor (myself), and other members of the editorial board if necessary, to undergo an initial assessment. When an LTE addresses a recently published item, the original author of the publication is then given the opportunity to respond to the LTE. This process proceeds quickly with short deadlines in order to meet publication timelines. Most LTEs are submitted to identify a publication error or to highlight and discuss disagreement or a counter argument. However, LTEs can carry a message of praise or agreement. Regardless, these conversations are important to have and can also carry strong and essential messages such as the dialogue in the LTE and author response in this issue of JSHAP.

Occasionally, an LTE can also serve as a portal to disseminate an important message to the readership. The LTE published in the September-October issue of 2012 was such a message1 and highlighted concern for environmental sources of porcine reproductive and respiratory syndrome virus (PRRSV) antibody producing positive reactions in PRRSV oral-fluid antibody enzyme-linked immunosorbent assays (ELISAs). These types of LTEs usually contain references, and are also subjected to a short review process. It is important to validate such messages, but not to slow down publication of the message if it contains a time-sensitive message. Hence, at JSHAP, we handle these types of LTEs as mini-manuscripts. Similar to the authors of manuscripts, the authors of accepted LTEs sign statements of authorship responsibility and a copyright transfer agreement.

I encourage you to read the dialogue that has taken place in the LTE and author response in this issue of JSHAP. While attending the AASV Annual Meeting in Dallas, Texas, this March, I was engaged in conversations with other members of the AASV discussing similar issues as that presented by both the original author’s response and the author of the LTE. It is a topic that deserves attention.