President's Message
The changing role of the veterinarian 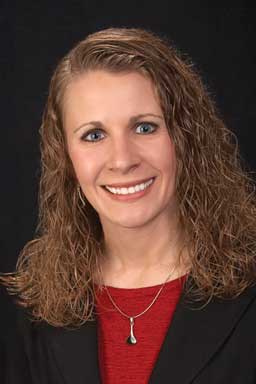 It was 4 years ago this month (November) that the AVMA Executive Board approved a recommendation to amend the Veterinarian’s Oath to add four words, denoted in boldface below:

“Being admitted to the profession of veterinary medicine, I solemnly swear to use my scientific knowledge and skills for the benefit of society through the protection of animal health and welfare, the prevention and relief of animal suffering, the conservation of animal resources, the promotion of public health, and the advancement of medical knowledge.

I will practice my profession conscientiously, with dignity, and in keeping with the principles of veterinary medical ethics.

I accept as a lifelong obligation the continual improvement of my professional knowledge and competence.”

While I will not go into the specifics of the process that took place to amend our oath, nor my thoughts on that process, the end result was that our oath now has a stronger commitment to animal welfare than it did prior to the amendment, and I think that is a good thing. However, it is important to make it clear that I believe that is a positive change when considered within the context of our oath, in which we solemnly swear to use our scientific knowledge and skills to honor that commitment to animal welfare.

It is critical that valid scientific data is the driver of the animal welfare field, not public opinion or agenda-driven activists. We have a sworn duty to protect the health and welfare of the animals under our care. As veterinarians, we are not in a popularity contest, and even if we were, it is against the principles of veterinary medical ethics (which we have also sworn to uphold) to make recommendations based on anything other than “the needs of the patient, the welfare of the client, and the safety of the public.”

In addition to upholding our sworn duty to protect animal welfare throughout our day-to-day practice, there are many ways we can be more formally involved in animal welfare. Veterinarians can (and I would argue should) be involved in writing company- and farm-specific animal-welfare policies, protocols, and audits. Veterinarians can also play a key role in creating training programs for new employees that encompass topics such as animal handling, antibiotic use, and euthanasia methods, all of which are important components of ensuring appropriate animal welfare on-farm. Furthermore, most professional and industry associations have an animal welfare committee and many of them welcome new members routinely.

I briefly mentioned animal welfare audits, and I would like to expound on that topic just a bit. As most of you know, any producer that markets to multiple packers is currently subject to multiple third-party audits. Unfortunately, today, those audits are variable in breadth and depth of scope. I think it is critical that producers know what is expected of them by establishing one set of animal-welfare criteria that is based on science and accepted industry-wide. True animal welfare should not be a marketing tool, but should be adequately provided for all pigs, regardless of phase, scale, or type of production. I have been honored to serve on the Industry Audit Task Force, a group that was brought together to establish such a set of animal-welfare standards and a common audit tool for use across the industry, regardless of production phase or packer affiliation. My hope is that this new set of animal-welfare standards and the common audit tool will be widely adopted, supported, and endorsed by producers, veterinarians, and packers. This program has the potential to ensure that we continue to build and maintain trust and confidence by bringing consistency, efficiency, and transparency to our third-party audit system.

In keeping with the emphasis on the importance of basing animal-welfare protocols and principles on science, the AASV Foundation (AASVF) recently announced its plan to fund scholarships for AASV members interested in pursuing board certification in animal welfare, available through the American College of Animal Welfare. The AASVF has committed to award up to five $5000 scholarships, each renewable for up to 3 years. This is a demonstration of AASV’s commitment to animal welfare and the importance of our members taking an active role in the future of animal welfare. I would love nothing more than for the foundation to be able to award all five scholarships to AASV members working toward board certification in animal welfare. Will you be one of the recipients?