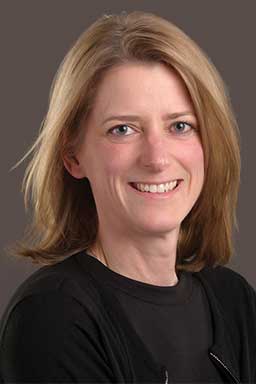 It is with a heavy heart that I write this message after the untimely passing of Dr Bob Morrison. However, to recognize his leadership and positive influence in the early development of the Journal of Swine Health and Production, I wanted to share a few words. The journal would not be where it is today without his early guidance and vision.

As many of you likely know, Dr Bob Morrison was the executive editor of the American Association of Swine Practitioners’ (AASPs’) Newsletter starting in 1991. It was in 1993, under Bob’s leadership, that the AASP Newsletter became “Swine Health and Production” (SHAP), with Bob as first executive editor of this new journal. During Bob’s tenure as editor, there was no regular “From the editor” column. However, he wrote a few messages as editor and while he was president of the AASP. I went to the first issue of SHAP, published in January-February, 1993, and there was no editor message in that inaugural issue. But I would like to quote from another letter that was published in this issue (Volume 1, Number 1, p1). In this first issue of SHAP, Dr Kent Kislingbury wrote a letter honoring Dr Al Leman, and to summarize, he wrote “How do we honor this great man in a way that would preserve wonderful memories...how do we do something to further his quest for excellence in swine health and production?”

A short editor’s message is by no means a satisfactory way to truly honor Dr Bob Morrison. But I wanted to share a few memories and quotes from his messages as editor of SHAP and president of AASV “to honor his tenure as editor of the journal” and to remember “his quest for excellence in swine health and production,” as well as to help “preserve some wonderful memories.”

Bob was editor of SHAP from 1991 to 1998. In 1997, under his guidance, 57 manuscripts were submitted to SHAP, representing the highest number of submissions the journal had ever reached. The annual number of submissions did not come close to that again until 2012. When Bob resigned as editor of SHAP in January-February 1998 (Volume 6, Number 1, p3) he wrote an “Editor’s Note” and said “I want to take this opportunity to tell you that I have decided to ‘retire’ as the executive editor of Swine Health and Production. It is not without considerable mixed feelings that I have reached this decision. I have thoroughly enjoyed working with authors, our editorial board, reviewers, staff, and you, our readers…Being executive editor is a special privilege afforded to few individuals and I am very thankful to have had the opportunity.”

Further along in this message he acknowledges the staff and AASP Executive Committee for their support and confidence to start the journal.“…the Executive Committee has been a constant source of support, giving us the ability to continue its (Swine Health and Production’s) development into an internationally recognized forum for applied swine science.” In the January-February 1999 issue of SHAP (Volume 7, Number 1, p3) the second appointed executive editor, Dr Cate Dewey, wrote an “Editor’s Note” acknowledging Dr Bob Morrison’s contributions to the journal.

“Under the guidance of Dr Bob Morrison, the journal has become a preeminent source of scientific knowledge for the swine industry. The journal has, since its inception, maintained a rigorous review and editorial process. It has become a journal selected by both swine researchers and practitioners as a forum for presenting research and case studies....”

The year after Bob turned the reins of the journal over to Dr Dewey, he was president of the association. And again during this time there were positive changes underway as the association changed its name from AASP to American Association of Swine Veterinarians (AASV) to be more inclusive. Bob recognized the need for this change and wrote in his president’s message (2000, Volume 8, Number 4, p151): “As we know, there is great strength in diversity.”

In one of Bob’s messages as president, he said “Our association and profession is strong and vibrant because of the work of our former leaders, committee members, and members” (1999, Volume 9, Number 2, p51). Certainly, no truer words reflect the influence Bob has had on our journal and our association.

Our journal is “strong and vibrant” today because of the work of our former leader, Bob Morrison. As the third executive editor of JSHAP, I can only hope that we continue to respect the vision that he had for the journal. Thank you, Bob.