President’s message
One Health: Earning our seat on the lifeboat! 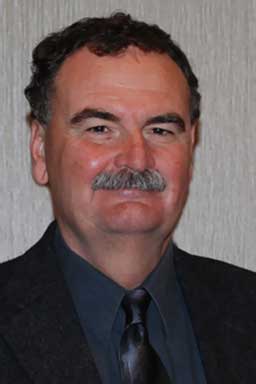 Family gatherings are a special time for catching up on recent goings-on. Lately I have been listening to the conversations of our younger generations at these gatherings. Most of our families’ “millenials” are either finishing up post-secondary education or are starting careers and young families of their own. Education, climate change, work-life balance, and the human condition in general are common discussions. Any disputed facts seem to be resolved in real time with the assistance of multiple concurrent smartphone queries. The passion about wanting to be an agent for change is quite evident.

I think back to the conversations that I was having at family gatherings when I was that age. I don’t recall work-life balance being on the radar screen, although in hindsight it would have been a very good thing. I do recall discussions about “limits to growth.” Could improvements in agricultural efficiency allow us to feed a growing population? Would there be a limit to economic prosperity based on a finite number of resources? We didn’t talk about “One Health,” but the seed of the concept was there and today we can recognize that the objectives of sustainable human, animal, and ecosystem health are intricately interwoven. Where do we fit in to the problem solution as food-animal veterinarians?

I often think about a paper written by Dr Frederick A. (Ted) Leighton over a decade ago. He is a diplomate of the American College of Veterinary Pathologists and has focused on wildlife conservation and its importance to ecological stability and human wellbeing. As such, he has been a practitioner of One Health long before its more recent popularity. In this short paper Dr Leighton described what he referred to as the parable of the “lifeboat test.”1 The lifeboat test was meant to be a simple way of describing the social relevance of various human activities. In this parable we are to imagine a Titanic-like ship carrying passengers that represent the full spectrum of human enterprise. The ship strikes an iceberg and is going down fast, and unfortunately, as on the Titanic, there are not enough lifeboats to save everyone on board. Some tough decisions must be made about who will be offered a seat in the limited number of lifeboats. The gallantry of “women and children first” is replaced by selecting skill sets that are most essential to human existence.

Not surprisingly, Dr Leighton argued that food producers will be shuffled into one of the first available lifeboats. A no brainer. What I did not see coming was that Dr Leighton went on to argue that veterinarians involved in food-animal production, food inspection, research, and public health would follow close behind. When I first read this I thought “How cool is that!” This should not have been a surprise. The work that we do in delivering animal health and welfare for the animals in our care, the clients that we serve, and society as a whole, is worthwhile. The skill sets that we have developed in thinking about population health are just as important.

Is there an “iceberg” looming ahead that will test the value of our contributions to society as food-animal veterinarians? The exploding demand for energy resources and reduced availability of arable land, forests, and potable water are about to collide with exponential global population and economic growth: “Iceberg dead ahead!”

Dr Alex Ramirez and the program committee have helped us to better understand that swine veterinarians worldwide will need to work together to improve the health and wellbeing of pigs, while at the same time collaborating across animal species and with our human-health counterparts on common issues. Today we are heading down the path of tackling the issue of antimicrobial resistance and must be seen to be passionate stewards of what is increasingly considered to be a scarce resource. I suspect that this issue is simply the thin edge of the wedge of many resource-management issues to come. I fully expect that we will continue to earn our seat on that lifeboat.

1. Leighton FA. Veterinary medicine and the lifeboat test: a perspective on the social relevance of the veterinary profession in the 21st century. Can Vet J. 2004;45:259–263.